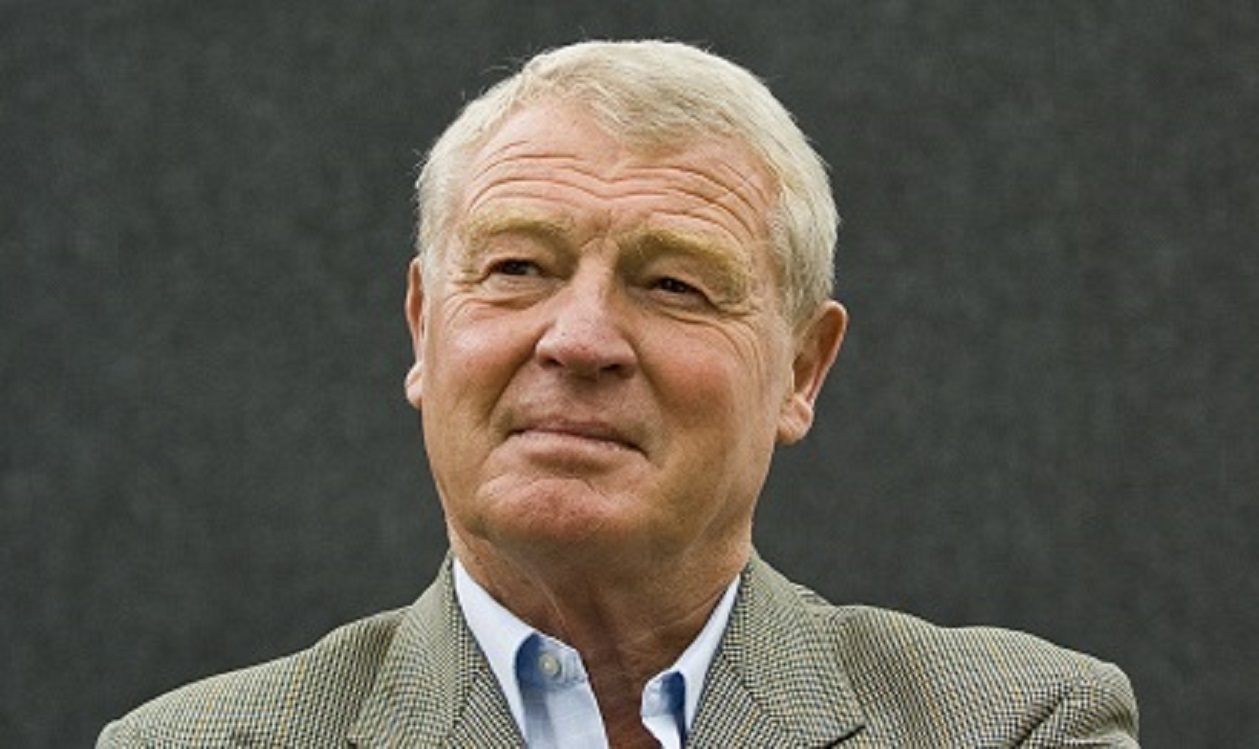 Those of all democratic politics and none have been united in tribute and grief at the loss of Paddy Ashdown.

Born in India, but largely brought up in Northrtn Ireland, and named Jeremy John Ashdown, the nickname of "Paddy" stuck.

Moving from the military world to the diplomatic corps, Paddy was posted to Beijing where he became fluent in Mandarin. His next move was to Geneva during the nuclear disarmament talks. His role was shrouded in mystery, described as "diplomatic" many believe it had more to do with MI6 than the Foreign Office!

As division, industrial conflict and chaos engulfed Britain's minority Government, Paddy and his wife Jane decided to give up their very comfortable life in Geneva and return home to engage in party politics.

A life long liberal and patriot, Paddy believed his country deserved better. He joined the Liberal Party. He became the Parliamentary Candidate for the safe Conservative seat of Yeovil, held by them since 1910!

Life was tough for the Ashdowns with periods of unemployment. But the drive, passion and intelligence that Paddy had brought to his previous‎ careers soon showed themselves in his campaign for Yeovil.

A fervent believer in the realignment of progressive politics, he was excited by the breakout ‎of moderate Labour MPs and progressive Conservatives to form the SDP. A alliance was formed between the new Party and the Liberals. A succession of sensational Parliamentary by-election wins soon followed.

Hopes were high as the Conservatives called the 1983 General Election‎. Reports from Yeovil suggested an historic result was on the cards. But on election night the Conservatives Falklands War win and fear of a hard Left Labour leadership saw Alliance candidates piling up thousands of votes but a Conservative landslide win forecast.

One of the few bright spots came with the Yeovil announcement. Jeremy John Ashdown had overturned a Conservative majority of more than 11,000 to win by over 3,000‎! His majority climbed further four years later to over 11,000. But the much hoped for Alliance breakthrough failed to happen. Paddy was one of just 22 Liberal/SDP Alliance MPs.

This failure saw demands for the merger of the two Parties, Backed by the then Liberal Leader David Steel and Paddy, it was resisted by the SDP Leader, David Owen. The resulting acrimony saw poll ratings plummet and members leave.

The new Party, called the Liberal Democrats, need a dynamic, new Leader ‎if it was not to fade away entirely. Step forward Paddy Ashdown. He won the 1988 leadership election taking over 70% of the vote.

Paddy recognised that his demoralised Party had to rebuilt from the grassroots up, the same strategy he had applied successfully to win Yeovil. Fighting and winning local council elections, recruiting members and using something called "email" and "the internet" became the hallmarks of his non-stop, full-on, action-orientated leadership style‎.

He took on and fought for unpopular causes - his fluency in and knowledge of China meant he recognised that the handover of Hong Kong from British rule would leave tens of thousands o‎f "British Chinese" stripped of their passports. He used every opportunity in Parliament to raise the issue and persuaded the Conservative Government to change their policy.

In 1990 the Liberal Democrats under Paddy won their first Parliamentary By-election at Eastbourne. More were to ‎follow. Mrs Thatcher was forced out of her leadership of the Conservative Party by rebel MPs and the more moderate John Major became Prime Minister.

Paddy led his Party into the 1992 General Election with typical energy and confidence. The polls suggested a tight result and Paddy believed the Lib Dems might be on the eve of re-entering peacetime Government for the first time since the Second World War. But the polls were wrong. John Major won with a comfortable majority.

For the Lib Dems the '92 election was a disappointment losing 5% of the popular vote and the net loss of ‎two MPs. But it had made Paddy Ashdown a household name. Frustrated by "sound bite" politics, Paddy took himself away from Westminster to spend time listening and learning about the challenges and hopes of diverse individuals, families and communities. He wrote up and published his experiences in "Beyond Westminster - a new hope for Britain". His book became the manifesto for the Lib Dems.

Politics was changing fast. Labour Leader John Smith's unexpected death ushered in the Blair era. The Conservative Party was split from top to bottom over Britain's membership of the EU with a growing hard core demanding we left.

Paddy's non-tribal approach to politics led to key support for the beleaguered Major Government on Europe and conversations with Tony Blair. A common analysis began to emerge that the splits of the 1920s between the Liberal and Labour Party had ushered in successive Conservative Governments‎.

The two Party Leader's believed it was time to reunite the Lib Dems and progre‎ssive Labour, isolating the hard Left of Jeremy Corbyn. They believed such a force could remodel Britain as a more positive, progressive, devolved, fairer and more inclusive country.

As the 1997 General Election was called, a significant Tory defeat looked likely. Conversations between Paddy and Tony Blair increased and plans were laid. However the historic scale of Conservative defeat took both by surprise.

The Lib Dems had doubled their number of MPs but Labour had won a landslide victory. The Labour hard liners saw no need for the Lib Dems and no place in their Government.

Important discussions did take place leading to the creation of the Scottish Parliamemt and Government, the Welsh Assembly and fairer voting in many elections. But more ambitious plans were shelved. Paddy became increasingly frustrated as Labour reverted to its authoritarian instincts.

In 1999‎, after 10 years in the job, Paddy Ashodown announced his resignation as Lib Dem Leader to be succeeded by the late Charles Kennedy. He stood down as Yeovil MP in the 2001 General Election working hard to secure a substantial Lib Dem win there.

Most former Party Leader's retire to write their memoirs, speak on the lucrative lecture circuit and look to enjoy life. But that was simply not Paddy's way. Horrified by the atrocities and genocide of the Balkan Wars‎, Paddy had used Parliament successfully to press for NATO intervention.

So it came as no surprise that as the United Nations looked for someone to lead the reconstruction of the desperately divided and destroyed Bosnia, that in 2002 they summoned Paddy Ashdown.

In four years he restored the rule of law, eradicated corruption and restored democracy to a war torn land divided by centuries of religious hatred. He often joked that he simply "applied the Lib Dem election manifesto"!

He completed his work by appearing at the War Crimes Tribunal in The Hague to testify against the leaders who had instructed the massacres of innocent people in Bosnia.

The transformation of Bosnia was such a remarkable achievement that many international leaders want‎ed Paddy to repeat the same "miracle" in Afghanistan. But this time his wife Jane who was his life long companion said "enough is enough".

However there was no quiet retirement for Paddy. He had already recruited to the Lib Dems a young "high flier" in t‎he European Commission called Nick Clegg. Paddy became Nick's "adviser, mentor and guide" (his words).

Every Lib Dem Conference, Regional Conference, By-election and General Election saw Paddy playing an active part. In 2010 the Lib Dems did return to Government, not with Labour as Paddy had expected but with the Tories.

Despite his profound reservations about working with the "historic enemy" Paddy argued that the 2007 economic shock had left Britain in a dangerous economic mess. He believed the country he loved needed stability that the Lib Dems would bring. He also argued that it was time to deliver on Lib Dem policies.

Extra money into schools to support children from poorer ‎families, millions of low paid workers being lifted out of paying income tax, a "green investment bank", equal marriage rights for gay people and an end to arguments about Britain's membership of the EU plus much more followed.

However Paddy feared for the Lib Dems at ‎the 2015 General Election. Rather than sitting on the sidelines, the 74 year old stepped forward to lead the campaign working 21 hour days just as he had when he won Yeovil in 1983.

Paddy's fears became a reality including the loss of his beloved Yeovil to an anti-European Conservative. But Nick Clegg's moving resignation speech calling for liberals to join the Lib Dems and "keep the flame of liberalism alive" saw tens of thousand of nem members join the Party.

Paddy threw himself enthusiastically into supporting internal reforms to engage the newcomers. He launched initiatives to stimulate new policy ideas and a new group to create links between progressive politicians and activists.

The 2016 EU Referendum and 2017 General Elections saw Paddy touring Britain to argue for Britain to Remain in the EU and Lib Dem seats to be regained. While his aspirations were frustrated once again, his passion, energy and commitment remained undimmed.

So news of his illness announced just 10 weeks ago came as a real surprise. But all were united in the view that "cancer‎ had no idea what it was taking on in Paddy Ashdown"! Sadly our hopes and expectations of another Paddy "miracle" were shattered by the desperate news of his death.

The amazing tributes paid to him by so many ‎political, military and diplomatic friends in this country and around the world are only matched in their warmth by those of his opponents.

"Compassionate", "caring", "courageous", "passionate", "patriotic", "intelligent", "energetic", "indefaticable" and "thoroughly decent" and so many more terms of endearment and respect have been used to pay tribute to Jeremy John Ashdown.

To those of us, particularly in the West, who had the pleasure to know and the privilege to work with him, they all ring true and more. But to us he simply was and will always be "our Paddy".

Our thoughts and love are with Jane, their children and grandchildren at this desperately sad time.

It will take us a while to stem the tears. Then we will smile and know our lives have been touched by a remarkable person‎ and we are all the better for it.

Rest in peace Paddy and thank you.

Find out more about our work - sign up for emails today:

Join the Liberal Democrats today from as little as £1 a month and help us demand better for our future. 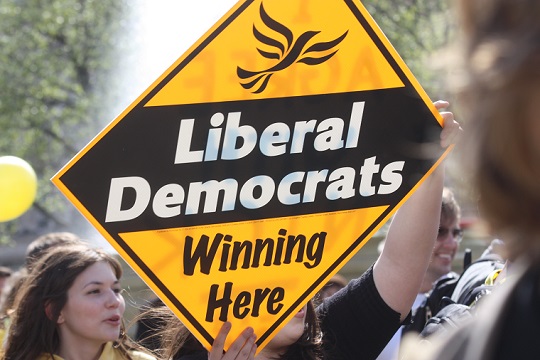